Short films are the prose poems of the cinematic world. Concentrated, spare, no waste, and often pack quite a wallop in a small package. So–time for some more short films from around The Interwebz!

Lost Hope
Hamish Downie (2017, 5:21)
I got a message from Mr. Downie asking if I’d be interested in reviewing Lost Hope. I always worry that if I say yes, the film will turn out to be utter crap. I’d still be honest (I am, after all, a total professional), but I’d feel bad. I don’t like to trash short indie horror. Big studio flicks no problem, but not a limited budget indie effort. That makes each request another roll of the dice. Sooner or later I’m gonna come up snake eyes. All of this to say that, happily, today is not that day. Lost Hope is a creepy little piece of film making. Be warned, if you’re looking for linear narrative, jump scares, traditional story arc, Downie dispenses with these for a more experimental approach. A found footage/POV film done with an Android phone and VHS Cam app, Downie says he’s going for the “vibe of a police evidence tape.” This he pulls off nicely. Downie opens with the unnamed camera holder: “What kind of girls do I like? Um…I like ones with short hair. I just eat them up.” Knowing Lost Hope is an experimental short horror film, this line already gets under my skin. That’s the only dialogue, but Downie manages to ratchet up some weird and very effective tension, partly through the face of the actress who, over the course of maybe two minutes, transitions from playfulness to apprehension to dread. The timeline is chopped up as if the cameraman/killer (we assume) edited the footage to taunt whoever might find it (you can follow this by the timestamp in the bottom left corner). Downie commented that people love it or hate it. I’m firmly on the love side. 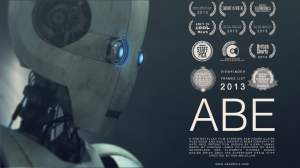 Abe
Rob McLellan (2013, 8:22)
Speaking of love, can a robot be programmed to love? Okay, let’s set that aside for a moment and assume the answer is yes. Should we? For all of you “Yes of course,” “All you need is love,” “Love is the answer,” “Oh, the feels” folks, I’d check out this film before doing anything hasty. On its surface, Abe is simple and chilling solely as a killer robot story. To be fair, even that idea gets a twist. Abe has been programmed to love, but a problem arises. After all, can the more irrational aspects of such a complex emotion be reconciled to the cold 0-1-0-1 logic of programming? In this case, the answer is no, and the results are chillingly logical. Since Abe’s family didn’t love him the way he loved them, they must be broken. If they’re broken, it should be possible to fix them, so Abe tries. Making all of this even more unnerving is Abe’s calm, even, emotionless voice (Sam Hoare) which looks back to HAL but also ahead to K-2SO. 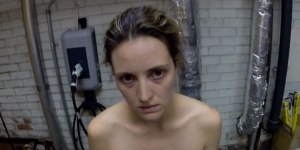 The Nest
David Cronenberg (2013, 9:18)
I know. I know. Cronenberg. That’s a big name. But it’s still a short, and a nasty one at that. First of all, The Nest is a very cool twist on the body horror idea in the fact that the horror never physically manifests. We never get to see it. Cronenberg also plays around with the idea of whether the horror is even there, or if it’s all in the “patient’s” head (as in, say, Friedkin’s Bug). “Patient” is in quotation marks because of the other, nastier aspect of this film. It’s in a garage. Da fuck? The Nest is a POV film with the “doctor” (we even see the gloves, surgical garb, etc.) wearing a head cam. The patient even comments on it, and the “doctor” replies, “Well I’m not, I’m not really an orthodox surgeon. I’m sure you know that. That’s why you’re here.” Then they briefly discuss apotemnophilia. In the context and setting of this film, this becomes some of the most chilling dialogue I’ve ever heard and immediately raises disturbing questions. Is this guy a doctor? If he is, why are they in a garage? What the hell’s going on here? And if he’s not, what the hell is he? What’s wrong with her? Is he just humoring her? Why? If not, how has he convinced her he’s a surgeon and that she’s not sitting in a garage?

And there you go, three more shorts for you amusement and bemusement. Check ’em out. Let me know what you think in the Comments.