Wow. I’ve been doin’ this post-a-day thing for 6 months. 183 posts, the halfway mark. It only feels like an eternity. Kidding. I’m kidding. I kid. It’s been mostly lotsa fun thus far. So, I thought maybe it’d be appropriate to mark this rather auspicious occurrence with something at least a little outta the ordinary. To that end, here are 9 Movies People Might Not Expect Me To Love Part II.

#9 Can You Ever Forgive Me

In the first installment of this list, I mentioned that I like a good many biopics, and this is definitely one of ’em. It’s the story of Lee Israel, a non-fiction author who, in need of money, turned to fabricating letters by famous writers and forging their signatures. The highlight, of course, is a brilliantly cast-against-type Melissa McCarthy, but Richard E. Grant steals his fair share of scenes as well. 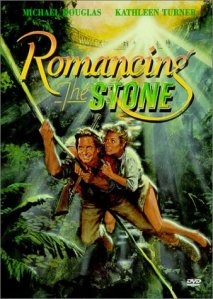 Basically an action rom com which would normally put me right the hell off, but this one is Just. So. Fun. Plus Danny DeVito. Plus plus it has one of the all-time greatest movie lines ever: “Angel you are hell and gone from Cartagena.” 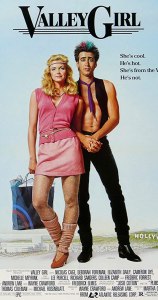 To start with, it’s Nicolas Cage being Nicolas Cage before he became Nicolas Cage. Just watch it–you’ll see what I mean. And it’s just so damn cute. Boy meets girl, girl ditches boy, boy wins girl back. Of course it’s formulaic and cliché, but in this case the boy in a punk rocker, and the girl (Deborah Foreman) is, duh, a valley girl. 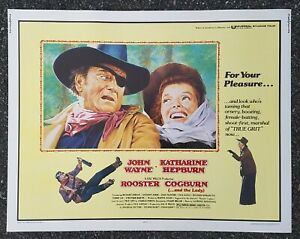 I’m actually a huge fan of westerns, especially Clint Eastwood/Sergio Leone Spaghetti Westerns. I for the most part really can’t stand John Wayne, especially given his position during the McCarthy hearings. Also didn’t much care for True Grit. But this is one of those rare cases where the sequel kicks the immortal piss outta the originial. This movie is just flat out funny. And I mean come on. It’s Katharine Hepburn. And her calling Rooster Cogburn “Reuben” is priceless. I wonder if the Coen brothers will get around to remaking this.

As I said about Patton, I’m not really a huge fan of war movies, but first off I love Frank Miller’s comics. And man, as a movie, 300 was just visually astounding. And as I’ve also mentioned, I’m always a fan of a good fuck you, especially when it’s aimed at those with power and “authority.” I know we’re not dealing with 100% historic accuracy here, but seriously, 300 Spartans holding off the Persian army? If there’s a better way to tell Xerxes to go fuck himself, I’d love to see it.

No no, not the unwatchable 1996 Gwyneth Paltrow version. I very rarely bail on a movie once I start it, but I only lasted 20 minutes on that one. No I’m talking about the 2020 Anya Taylor-Joy version which was, well, delightful. It really was. Autumn De Wilde provides a visually arresting film and brings out the humor without ever becoming silly.

The Breakfast Club is a cuh-lassic. Whether intentional or no, this comes off as Joel Schumacher’s answer to The Breakfast Club but with 22-year-olds. It ain’t. It’s a terrible movie. The characters are vapid, self-absorbed, and unrealistic. I mean, Andrew McCathy’s character has a newspaper by-line right outta college? No. The only character name I can even remember is Billy (Rob Lowe), and I’ve seen this movie a bunch. It may very well be the guiltiest of my guilty pleasures.

Teacher movies are hit-or-miss with me and have no middle ground. I either love them or loathe them. Stand And Deliver is a fave. On the other hand, Dangerous Minds, blech. There’s something endearing about To Sir With Love. Part of it is obviously the eternally watchable Sydney Poitier. The kids’ accents are just adorable as well. There’s also a Natalie Merchant/Michael Stipe cover of the song, so what’s not to love?

I’m about as much of a fan of screwball comedies as I am of rom coms, and Streisand ain’t all that much of a draw for me. But this is a truly amusing flick with some great one-liners made even funnier by some often understated delivery. The courtroom set piecer is comedy gold, and the amount of scenes stolen by Madeline Kahn should add up to grand larceny.

Okay, halfway home. So what do you secretly watch that nobody would suspect? Let me know in the Comments.