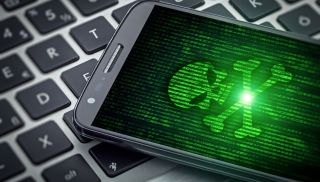 The contribution of current technology to deteriorating human interaction and behavior is bleak enough, but it’s also created some awkward, klunky moments in horror cinema.

A group of young folks at some cabin in the woods, out on a day hike, driving some rural back road–there’s always that moment where someone says “Ugh there’s no service” to establish that their phones are useless. It has all the slick smoothness of “Your legs must be tired cuz you’ve been runnin’ through my dreams all night.”

Even worse is that inexplicable and completely unnecessary scene in nearly Every. Single. Found footage movie. You know the one–someone looks directly into the lens and cleans it. What the hell is that for? Are we so stupid that we need to be reminded that the characters are recording this?

But that’s not the problem we’re addressing today. I’m talking about the other side of this coin, the fact that many movies from the past just couldn’t work anymore given some of our available gadgets and tech, specifically our phones. Let’s jump in to some examples.

Okay, mainly it’s one scene rather than the entire plot, so let’s put this one at #7. Largely phones wouldn’t change this movie much which is interesting. However, when Tippi Hedron shuts herself in the phone booth…well, when’s the last time you saw that kind of phone booth? The only place I can recall seeing one is at a bar I go to that has a bunch of pinball machines, and even that one is only there as part of the retro decor.

First of all, the mall is largely dead these days, but that’s another issue entirely. Second, these kids would all have phones. They could probably pull off some kind of at least marginally reasonable plan of attack fairly easily from pretty safe vantage points while keeping in constant communication.

#5 What Ever Happened To Baby Jane?

Why doesn’t Joan Crawford have a phone? Or a chairlift? Or a smart TV for that matter? The serious verbal gymnastics you’d needed to explain all this would have a high degree of difficulty. To be fair, if you really brought it into the present, it could certainly be done. I Care A Lot handled the problem masterfully.

I count this as horror, but it could just as easily be noir (which in fact it probably is). Anyway, Bette Davis offs her twin and assumes her life. The only problem is she isn’t very familiar with the details of her sister’s life or behavior and doesn’t even know her way around her sister’s grand estate. Now imagine having to deal with two phones on top of all that and not making a single mistake. Maybe it doesn’t destroy the movie, but the plot is already complicated enough.

Again, there’d be the complications of A) why Helga has no access to a phone and B) Warren/Emily having to maintain two separate lines for his/her dual identities. There likely would have been a 911 call from the justice of the peace’s wife, and quite possibly a picture of Emily/Warren to go along with it.

#2 Night Of The Living Dead

Yet again, cellphones. Everyone would have ’em. Everyone would call 911 (I’ll concede that might overload the system). The only way around that would be to make it clear that the space probe radiation that may have reanimated the dead might also disrupt cellphone signals. Good luck fitting that in seamlessly. Also, Ben would have been able to call the cops and say, “Hey! Not a zombie! Tell these dumb fuckers to not shoot the black man!” Either that, or it would have to be explained that he lost his phone, it went dead, it had no signal, or it got busted, all of which require additional exposition.

Wow could this never work today. Let’s start with her getting pulled over by the cop. Phones plus in-car computers? No chance in hell Janet Leigh would just drive away from that. Martin Balsam, John Gavin, and Vera Miles would be calling and texting the whole time they were looking for Janet Leigh. John Gavin could warn Vera Miles about Norman coming back to the house. Martin Balsam would go suddenly incommunicado which would raise suspicion. There’d probably be a shit-ton of stuff to find online about Norman’s history. Nor is it unreasonable to assume Norman mighta stashed some cameras around the joint instead of using a peephole to spy on the nekkid womens, cameras that may have in turn caught some other interesting footage.

Obviously it’s kinda silly to remove these films from the context of the times during which they were made. That don’t mean it ain’t fun. And there’s a flip side: movies from the past that would stand up just fine to the ubiquity of the phone and other devices. Don’t worry. That list is comin’ soon.