One thing that was afforded me by yesterday’s car-buying nightmare (to be fair, it coulda been a lot worse, so there’s that) was a 2-hour chunk of time waiting for the car. That at least gave me an opportunity to go get Chinese food with my favorite introvert. We also had a chance to stop by the Virginia Beach Antique Mall. I don’t get there often, mainly since I will generally do my damnedest to stay the hell away from Virginia Beach at all costs.

But there we were. It’s partly an antique mall, and partly a giant garage sale. I go mainly for DVDs and to check out the vendors of horror-related stuff. Of course I happened across some goodies.

I started off collecting DVDs by just getting stuff I really wanted. I’ve since expanded to include stuff I think I should have if I’m gonna call myself a horror guy. For example, I really don’t like Pumpkinhead, but I finally broke down and decided I should still probly have it just cuz. I eventually want all the Masters Of Horror stuff. Interestingly, I’ve had a hell of a time finding V/H/S anywhere, so I picked this one up when I saw it.

But that ain’t all. One particular vendor sells a bunch of horror stuff, so I ran into some reading material as well. 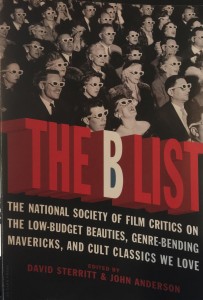 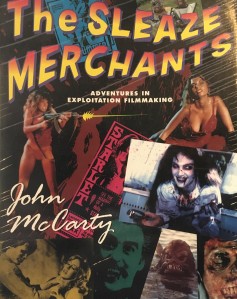 Finally, apologies for yet another mini-post, but one thing I didn’t mention yesterday is that I also had to pick up my cat from having surgery. Poor l’il critter had to have 4 toofs pulled. She seems to be okay and mending well. This is she.

Her name in Bonny. That’s the name she came with. But here at Castle Blogferatu we refer to her affectionately as The Bonster Monster. Anyway, back to normal posts tomorrow, another episode of Full Moon Friday!