Obviously I’m a hardcore devotee of pretty much all things horror, and that includes documentaries about horror movies, horror directors, and other assorted horror things overall. I’m also a sucker for movies about movies just in general. I’m therefore a little taken aback by the fact that I haven’t talked about any horror docs until now, so let’s correct this rather egregious oversight with my current Top 7 Horror Documentaries.

#7 How The Devil Got His Horns: A Diabolical Tale

Here is a subject near and dear to the icy pit where my heart should be. I don’t mean just the devil, but how he’s depicted over time. It’s even something I get to talk about in my mythology and literature classes. In this BBC film, an art historian, Alastair Sooke, follows the history of how we’ve come to view the devil and where many of our present notions come from. I love listening to art historians lecture. History, religion, politics…they know soo much about soo much!

Horror hosts, another topic near and dear to that aforementioned icy pit. I love these folks and have always dreamed of being one. It’s one of the big reasons I started writing this blog. My big three growing up in Pittsburgh were Ghost Host Channel 22 WPNT, Scorpio on Thing Theater Channel 53 WPGH, and of course Chilly Billy Cardille on Chiller Theater Channel 11 WIIC. I’m still a big fan of our local guy Dr. Madblood, and I still check in on Svengoolie every now and again on MeTV. So yeah, this is a fun romp through the likes of Vampira, Ghoulardi, Zacherley, Count Gore De Vol, all the way up to the 21st Century. Maybe there’s hope for me yet.

#5 Crime Scene: The Vanishing At The Cecil Hotel

I’ve mentioned before how my love for noir has lead to my bingeing police procedurals and stuff like Dateline, so it was inevitable that I got to this. It follows the disappearance of Elisa Lam which is already a bizarro enough case all on its own. The weirdness is compounded by the fact that The Cecil Hotel itself has quite a history including being the residence of The Night Stalker, Richard Ramirez, at one point 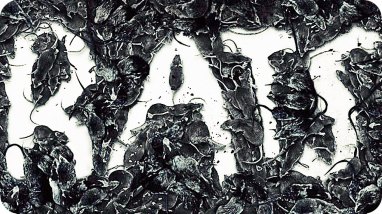 I have mixed feelings about Morgan Spurlock. Like Michael Moore, I think there’s a great deal of sensationalism and gimmickry tied up in his filmmaking. Still, as documentaries go, Rats is also one of the best horror movies I’ve seen in a while. It definitely does what it says on the tin, focuses on rats. I mean, I knew they were smart and organized but I had no idea just how smart and organized they are. Ed Sheehan, a veteran of the extermination industry, has some particularly chilling anecdotes.

Confession time–I’ve been known, on occasion, to drift into the muddy waters of paranoid conspiracy theory, and this film just ticks all those damn boxes. Room 237 analyzes a number of fan theories concerning Kubrick’s adaptation of The Shining. It’s an allegory for the treatment of Native Americans by the U.S. government. It’s a veiled confession of how Kubrick helped fake the lunar landing. It’s a retelling of the minotaur myth. There’s a segment about the hotel’s otherworldy architecture. And perhaps one of the craziest segments is the one that discusses how the scenes match up when you run two prints of the film backwards and forwards at the same time on the same screen. I can watch this over and over again.

I really struggled with what to put at #2 and #1. The obvious choice for #1 would seem to be this. Psycho will remain forever in my Top 3. On the other hand, I hate to be predictable, so in a Shyamalan-esque twist, I did not give this the #1 spot. It’s such a thorougly fun watch though, seeing all these actors, directors, and assorted cinema types enthusiastically getting their nerd on and geeking out remorselessly over Psycho’s shower scene. It’s really a tribute, and all over One. Single. Scene.

Don’t Fuck With Cats, Nightmares In Red White And Blue, Vampira And Me

This really blew me away. I put it off for a while because I thought it was gonna be, well, kinda boring. Damn was I ever wrong. I never suspected a documentary could pull off being serious and factual whilst at the same time being so damn much fun. Honestly, Horror Noire manages to be remarkably informative while being highly entertaining even if you’re not a horror or movie person. Tons of clips (I could watch movie clips all day) along with loads of actors, directors, and scholars weighing in on a number of the sociopolitical questions of black horror. This is important material here, so much so that I felt a personal obligation to make it my #1. If you’re a horror fan specifically or a movie fan in general, this is a must. Required viewing, class. This will be on the test.