Have you ever waited an excruciating amount of time for an autograph? I never have, but I can understand it. How about spending a stupid amount of money on a hunk of memorabilia? Okay, that I have done. Well imagine combining the two, something memorable that is also a quite literally personal “piece” of your favorite celeb?

Welcome to the profoundly sick but utterly believable world of Brandon Cronenberg’s Antiviral where you can form that special bond with your idol by having an illness they carried injected into your very own blood. Kinda the gift that keeps on giving.

The always sinister, shifty looking Caleb Landry Jones plays Syd March, an employee of Lucas Clinic. The clinic buy pathogens from celebrities in order to follow this very business model. In particular, the clinic has exclusive rights to the currently all the rage Hannah Geist.

Syd, however, steals pathogens from the lab and sells them on the black market. One of his buyers is a meat market called Astral Bodies. They grow meat from celebrity cells which their clients purchase and, well, eat. That’s a whole different level of consumerism. Bet Ruggero Deodato never saw that coming.

Anyway, it’s a tidy little scam Syd’s got goin’ for himself until (there’s always an “until”)…he harvests a new batch of ickiness from Hannah. This one turns out to be lethal. Oops. Her death, coupled with the fact that deadly pathogens are highly illegal, makes their black market value (and therefore Syd’s) skyrocket. Since Hannah’s outta the picture, Syd becomes one hotly sought after commodity.

From there, we get a good number of plot twists that I won’t go into. This movie flew well under people’s radar, so I don’t wanna spoil nothin’ for anyone what ain’t gotten to it yet. You should you should you should. It’s squirmy. It’s uncomfortable. And it’s unique enough that it in no way becomes an example of Brandon Cronenberg merely following in dear ol’ dad’s footsteps.

Don’t get me wrong. Antiviral is a body horror fest, but it’s definitely not the Rabid/Videodrome/The Fly type body horror visited upon a victim by external forces, accidental circumstances, or a mix of both. Antiviral focuses more on the horror of what we are perfectly willing to do to our own bodies, especially for a price and/or a chance to be somehow special in some way.

Cronenberg The Younger also makes some fine noir gestures here. Everybody involved with this ghoulish enterprise is vile. Everybody wants something, and nobody cares how they get it. Conspiracies, corruption, strongarm tactics, red herrings, all that good noir stuff. You could totally see this taking place in the world of Transmetropolitan or Blade Runner (y’know, the first and best original theatrical version…yes I will die on this hill), or even a Tokyo Gore Police subplot.

It’s also worth looking at a few of the character names. There’s the celebrity, Hannah Geist, as in “the spirit of an individual or group.” The founder and owner of Lucas Clinic is Dorian Lucas, and pretty much nobody can see the name “Dorian” without going, ahem, Wilde. One of the customers is Edward Porris, as in porous, as in soaking up things from outside oneself (the whole point of what these fans are doing).

Finally there’s Hannah’s physician (and one of her devoted fans), Dr. Abendroth which already sounds demonic on its own. It also strikes me, at least, as an amalgamation of Abbadon (an Archangel of The Abyss) and Astaroth (The Grand Duke Of Hell). The name Astaroth itself derives from a Phoenician goddess associated with sex and fertility (which was later equated by bible-types with lasciviousness).

And whilst we’re things religious, there’s the whole celebrity worship aspect, emphasis on worship. As in communion. As in “This is my body.” Father, son, holy ghost (or geist). Just gets weirder and weirder. 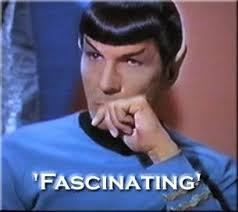 Suffice to say things don’t go quite where you might expect, but they most assuredly arrive at a satisfying destination. Again, trying to avoid spoilers, but the final shot in Antiviral is a particularly shuddery one.