This edition of Full Moon Friday comes to you in part from Catnip Cafe in Norfolk, Virginia. As some of you know, we here at Castle Blogferatu recently had to say goodbye to our resident mouser, Her Royal Majestic Graciousness, The Bonster Monster. So today seemed like a good day to sit around a place full of adoptable felines. Several contenders emerged, but for now, I’m still sorting out whether or not it’s too soon.

That said, hello and welcome to the final Full Moon Friday list for CatalAugust! Also, this is Post #265, meaning we’re down to the Final 100! How the hell did that happen? The obvious question, of course, is “How does one mark so auspicious an occasion?” 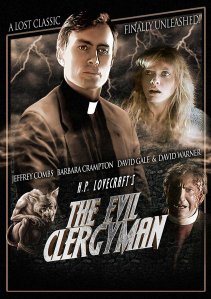 Yeah, even though Barbara Crampton handled this nicely, the movie overall was not great. Nonetheless, Combs effectively stole every scene he was in, and certainly outclassed the “Dreams In The Witch House” rat-thing that was no doubt designed to be the highlight. I dunno if it’s his appearance, his mannerisms, his sinister voice, his suspicious facial expressions, or some eerie combination of these factors, but there’s just something about Combs that always makes me a little uneasy. 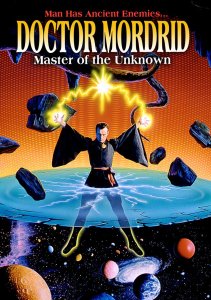 Band had an option to adapt Dr. Strange, but it expired before he was able to film it. Doctor Mordrid was the result of Full Moon’s attempt to salvage what they could while still trying to access concepts similar to those of the Dr. Strange mythos. Once you know that, what, really, is left to be said? I like the idea of Benedict Cumberbatch as Dr. Strange, but I have yet to see any of those movies, and I’m not exactly eager to do so. But I think Combs it totally buyable as such a character, especially the ol’ Silver Age Dr. Strange. Probably more fantasy than horror, but there’s enough supernatural evil that I consider it close enough. So yeah, this one makes the list.

#3 The Pit And The Pendulum 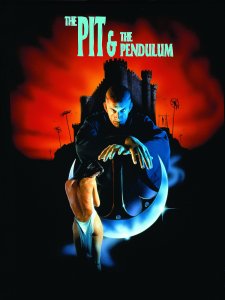 I’m hedging my bets a little with this one because Combs is not really a major figure in it, but he does provide a good amount of that trademark Full Moon twisted humor. Plus his wig is just killer. And I like Stuart Gordon although I appreciate his Lovecraft stuff over his Poe stuff which this, in terms of its title, technically is. But it borrows pretty obviously from other sources. There’s a “confessed” witch named Esmerelda. Maria, another suspected witch, becomes the sexual obsession of the creepazoid sicko pervert, Torquemada (ready for this? Lance Henriksen). I dunno about you, but I have a hunch(back) that all of this should, y’know, ring a bell, right? There are also some connections to MG Lewis’s The Monk. Plus there’s Oliver Reed.

#2 Necronomicon: Book Of The Dead 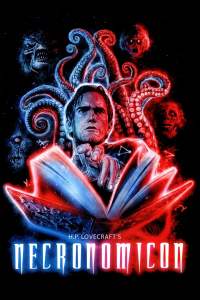 I had to toss in an anthology. As such, this one’s got quite a lot going for it. All the stories are Lovecraft, and the framing device is that of HP Lovecraft (a fairly Bruce Campbell-looking Combs) finding the monastery that houses The Necronomicon in a secret library the few are granted access to. The monks may or may not be trying to keep the cosmic horrors associated with the book in abeyance. The stories themselves are based on 3 of my all time favorite Lovecraft stories: “The Rats In The Walls,” “Cool Air” (which is interesting in that “Cool Air” is not in fact a Cthulhu Mythos story), and “The Whisperer In Darkness.”

Castle Freak, From Beyond 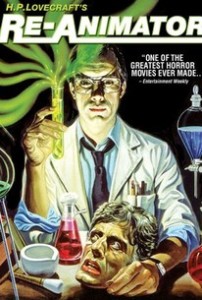 I love this movie. For one thing, Combs is exactly how I pictured Herbert West when I first read Lovecraft’s story. Still, I’m not sure if it’s for the gore, the humor, or both. Ultimately, I think I lean more toward the humor. A decapitated head looks for its body while the head gives it directions (the Britcom The Young Ones will make use of this in the quiz show episode). West puts Dr. Hill’s talking severed head on a spindle so it will sit upright. There are bad puns. And finally, West delivers one the all time great lines in the history of ever (which I included in an earlier post): “Who’s going to believe a talking head? Get a job in a sideshow.”

In truth, I hesitated while deciding on this list, mainly because in my little Full Moon Venn diagram, there’s a lot of crossover between Combs and the eternally watchable Barbara Crampton. Still, for good and/or ill, Combs is one of the iconic faces of Full Moon. And it was the first idea that came to mind. And like Allen Ginsberg said, “First thought best thought.” So there ya go.