Here’s some more VHS glory I have of late wrested from a number of thrift stores. The Tolkien tape I picked up cuz it was there. I’m not actually much of a fan, but I do love me a documentary. Cruel Intentions is a must have. As is The Jayne Mansfield Story starring not just Loni Anderson but Arnold! More horrifying than horror I guess, but still…for 98¢ who could say no?

I don’t know anything about Address Unknown, but it’s in “ain’t even outta the plastic wrap” mint condition. The synopsis on the back states that Matt and Tarra each lost a parent on the same night “under unusual circumstances.” Their “tragic common bond leads to friendship and adventure after Matt turns in an old, sealed mailbag he discovered in an abandoned mine shaft—and receives one of the letters.”

I mean I’ve certainly watched dumber sounding things. I suffered the untold agonies of Bloodsucking Freaks, I’m Thinking Of Ending Things and Documenting The Witch Path. Plus it’s put out by Feature Films For Families with the tagline “Strengthening Traditional Values Through Entertainment.” Way to hawk that jeebusy propaganda. Who knows? Maybe it’s got some Thief In The Night shit goin’ on. 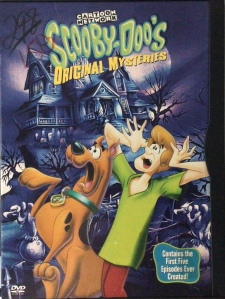 Haven’t had a whole lotta time to hit the thrifties lately, so I had to reach back for something I picked up previously. In truth, I was never a huge Scooby-Doo fan as a youngun, but my kids were. Specifically, they liked Scooby-Doo On Zombie Island and Scooby-Doo And The Witch’s Ghost, so I ended up seeing those. A lot.

Thing is, I liked them. Zombie Island was just fun, and Witch’s Ghost had Tim Curry as well as The Hex Girls. What’s not to love? Incidentally, I don’t know what happened to those. They would’ve been on VHS most likely, and I’m always on the lookout for them in any format. This is how I came across this one,and it certainly has some classics on it, including these dudes: 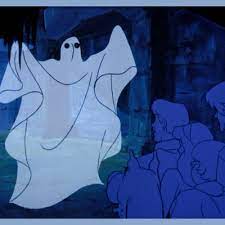 Small break from my standard (who am I kidding? I have no standards) post fare to share some stuff from this afternoon. My Favorite Colleague and I hit the Fourth Annual Norfolk Zine Fest at Slow Dive Gallery here in Norfolk, Virginia. First off, skulls from Grimm And Bare It Arts.

She also had stickers, so I got this one.

Also ran into some friends of mine from V35. 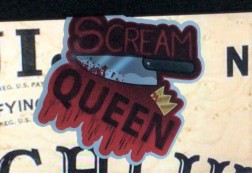 Finally, we ended up Doumar’s.

Dou’s has been a Norfolk institution on Monticello Avenue since 1934. That’s right, one nine three four. They still do drive-up curb service. The servers aren’t on rollerskates no moe, but they still use them trays what mount on your window. Shown below is the aftermath of 2 pork bbq sandwiches, a hamburger, 3 orders of fries, a limeade, and a chocolate milkshake.

Now I need a nap.