I have lots of ideas for posts. I keep them in one of the dozens of journals I have strewn about my place. But some days, I’m just not feelin’ any of ’em. Nothing jumps out at me. That’s when I turn to others for help, often My Favorite Colleague, fellow bloggers, or one of my A-list D&D Nerds.

This particular idea came out of a conversation with the blogger over at fifty-two. She was responding to a prompt asking about secondary characters who deserved better, and suggested a similar list. At first I thought that’d be too much effort, but a handfulla names popped right into me ol’ gulliver. So here, complete with lotsa spoilers, are 7 Secondary Characters Who Deserved Better.

I loved this and will gladly die on This Movie Got Unfairly Savaged Hill to defend it. I liked Michael’s backstory and development and thought it was a supercool take on Carpenter’s idea. So I feel bad not just for the young institutionalized Michael and his mother, Deborah. I’m not saying she should have lived through the entire movie, and her taking her own life certainly compounds Michael’s characterization. But there was something about Deborah that remained a little unsatisfying.

#6 Elsa, I Know What You Did Last Summer

Man I hate this movie. If I had to take a drink every time Jennifer Love Hewitt did that annoying little exhale thing at the end of her line, I’d be in rehab now. Anyway, you possibly thought I was gonna mention Helen (Sarah Michelle Gellar), but no, she totally deserved to die. Sure it was in one of the stupidest ways possible, but there you go. No, her sister, Elsa, totally did not deserve her fate. She had zero to do with the original incident, and was just minding her own business trying to run the family store, and she gets 86’d just for being there. 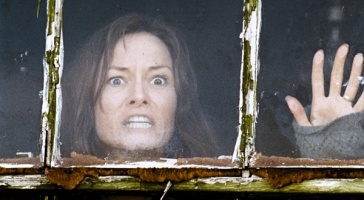 I did not enjoy this movie. The second Don (Robert Carlyle) dips out on his wife Alice to save his own ass, I want him to die horribly. Adding insult to injury, he’s reunited with her in a quarantine room where she’s being held as an asymptomatic carrier. Not knowing this, Don kisses her, then becomes infected and kills her. Really?

#4 Barbara, Shaun Of The Dead

“Hello Pickle.” This poor thing. She’s lost one husband, her new husband gets bitten, and she seems a little borderline senile. Before getting into The Winchester, she gets bitten as well but hides it. She gives Shaun’s girlfriend a necklace and her blessings for her and Shaun’s relationship, then dies, then comes back, then gets shot in the head. But she’s sweet ol’ Mum!

Ah yes the hapless Miss Collins, the only person to show Carrie any kindness at all ever. And what does she get in return? Smushed by part of the ceiling. No good deed and all that.

As is frequently the case, it was a tough call for the #1 spot. Now, as standalone movies go, The Shining is obviously top tier filmmaking. As an adaptation? Kubrick shoulda been flogged for taking such numerous and egregious liberties with the source material, not the least of which was the fate of Dick Halloran. I won’t give it away, but that ain’t what happens in the book.

Johnny Galecki (I Know What You Did Last Summer), Bill Murray (Zombieland), Samuel (The Witch) 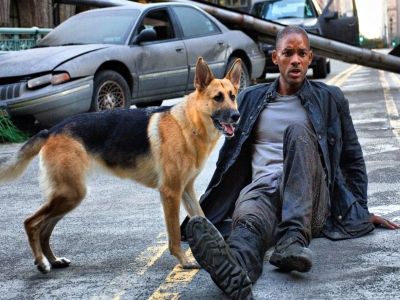 Another movie I mainly hated, and not just because of the dog. It’s extremely rare that I’ll bail on a movie. I tend to stick it out no matter how stupid/bad/worthless it is. But man do I hate animal deaths. That’s often a tipping point for me. Sam might not be that minor of a character, but she’s certainly not the main focus, and there is still a lot of movie left after her demise. So, yeah, she gets bitten and infected protecting his dumb ass. When his serum doesn’t save her (the whole time I’m thinking “No. No. No no no no no. No”), Neville is forced to strangle her (“Awww fuck!”). To be fair, at least he’s holding her the whole time, but man…I was so very close to leaving right then and there.

And that’s the list. I’m missing some folks, no doubt, so let me know in the Comments which minor characters you think met with an undeserved, unreasonable, or otherwise unsatisfying end.