This will have to be a pretty quick post since I’m spending this weekend in a big rented house somewheres in Maryland with a bunch of fellow gamer geeks. I have particularly cruel and dastardly plans for the Dungeons & Dragons group I’ll be DMing for. So, to maintain my post-a-day-for-a-year streak, here’s a quick list of my Top 4 Full Moon Actors.

Whaaat?? Yeah. Helen Hunt was in not 1, not 2, but 3, count ’em 3 Trancers movies! She plays Leena/Lena, Jack Deth’s wife and partner. 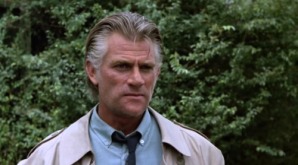 The first time I saw this guy was in a standup bit he did about Stagecoach. It was kinda funny I guess. Then I saw him in Trancers (1984) as time-traveling, Marlowe-like 23rd Century cop Jack Deth, arguably his most notable Full Moon role. Not far behind that, though, is Dollman (1991). What’s great about this one is that it’s sandwiched right between The Hidden (1987) and Men In Black (1997). What do they have to do with each other? Each one features a small but powerful handheld weapon. In the case of Dollman, Brick Bardo (the greatest name this side of Jack Deth) wields the Kruger Blaster (which as surely gotta be a jab at Wes Craven), the most powerfullest handgun in all the universe. 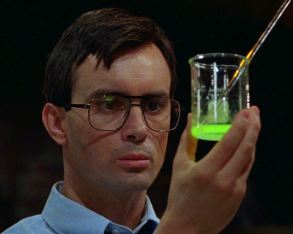 With the wild cult success of Re-Animator (1985) followed by From Beyond (1986) and Doctor Mordrid (1992), Combs for a time was the face of Full Moon. What I like most about his Full Moon days is the fact that when I read Lovecraft’s “Herbert West—Reanimator” long before seeing my first Full Moon flick, Combs is exactly what I imagined Herbert West would look like.

I know. I talk about this poor woman a lot. What can I say? I had a crush on her from the second I saw her in Re-Animator then Chopping Mall (1986), and it never completely went away. Starting with Re-Animator and From Beyond, the pairing of her and Combs is always a blast to watch, and her more recent non-Full Moon roles just seem to get better and meatier as time goes on, especially with features like Sun Choke (2015), We Are Still Here (2015), Jakob’s Wife (2021), and Superhost (2021).

And now, off to what will be, if everything goes to plan, a Total Party Kill. Grab your d20 and roll for initiative, kiddies.