Yeah yeah, year-end lists are a thing, and I struggled a bit to come up with one that didn’t annoy me. In my frustration I turned to Letterboxd for a kind of Year In Review. My Letterboxd Diary is interesting. To me at least. It starts on October 16, 2018 with the movie Trigger Man which was recommended by my friend and colleague William when we were working at the late great Naro Video. I had just found out what Letterboxd was, and started using it that very day.

At first I considered listing only horror movies, but decided against that. I did however set up some loose guidelines for myself. For the most part, I only listed movies I’d never seen before and not movies I’ve rewatched. There are some exceptions here and there, but there are absolutely no criteria for why any of said rewatches got included. So here, for your dining and dancing pleasure, is my favorite horror movie from each month.

I liked the, uh, point this movie made.

I loved this, but man was it bleak. Not sure why I never got around to reviewing it. 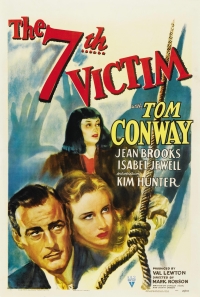 Dunno why it took me so long to finally get to this. 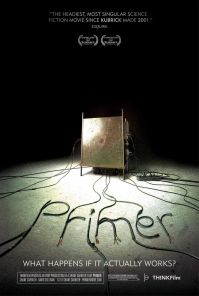 My post about this one includes a flow chart I found online. It don’t help.

I dunno what the hell happened in May, but this is the only movie I have listed for the entire month.

I did this for blank 2021 Swashbucklathon over at Silver Screen Classics. I really need to get back to doing blogathons. Maybe I’ll even run one. 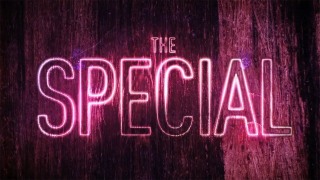 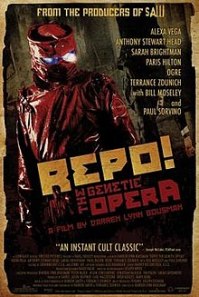 This came highly recommended by my daughter-in-law. She was not wrong. 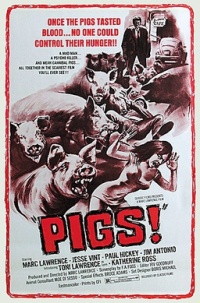 Loved this! I can scarce overstate how much. Definitely one of my top 5 watches of 2021. I can’t wait to see what Javier Attridge does next.

Apparently I have more of a thing for time loop movies than I realized.

And that’s my kinda year in review folks. Cheers!

So my youngest daughter is in a dance group at her university, and they put on a show every semester. The school is only a couple of hours away, so I always drive up for it. There’s also a Goodwill there with a pretty sizeable DVD section, so I make sure I go early enough so as to stop in and endeavor to procure some stuff I ain’t got.

As I’ve mentioned previously, that’s getting harder and harder to accomplish. Still, I did manage to pick a few things up.

Blood & Chocolate- Werewolves. Not a big fan. But I’ve heard nothing but good things about this, and for $2, one can’t really go too terribly wrong.

Cry_Wolf- I don’t know much at all about this movie other than the fact that one of the horror nerd YouTubers I follow (can’t for the life of me recall which one) mentioned liking it.

Fragile- Another one I’m unfamiliar with, but I like Calista Flockhart, and it was part of Fangoria’s Frightfest. Plus it’s Jaume Balagueró (Inside, To Let, the REC series).

Get Out- I’m not sure how I managed to not own this until now. I’ve seen it 5 times, including back to back screenings whilst it was in the theater.

Paranormal Activity 3- Yeah, as the series goes, this one’s a bit less than, but gotta complete the set, right?

Suspect Zero- I had this for a while but somehow managed to lose track of it somewheres. Probably more psychological thriller than straight up horror, but it is Ben Kingsley.

So there’s this week’s haul. More than I’ve been finding lately, so overall I’m pretty happy with it.

Thanksgiving isn’t a big deal here at Castle Blogferatu. Oh sure, there’s something or other turning slowly on a spit in the cavernous fireplace over in the main ballroom along with some sort of minced substance baked into a pie or two. But by and large, just another Thursday around here.

But that does mean the thrift stores are closed. That makes Thrift Store Thursday slightly different today in that none of these are recent purchases. Instead they’re all titles I’ve picked up here and there over a number of years. But as it’s thanksgiving, I thought it was only right to compile a holiday appropriate feast. Here then, is a list of bird-related Thanksgiving Turkeys.

#5 Poultrygeist: Night Of The Chicken Dead

First of all, Lloyd Kaufman. Second of all, who in their right mind can pass up a black comedy horror musical? Well, I generally can. Cuz musicals. Ick. Bleh. But still. These other factors far outweigh the musicality. Basically a fried chicken joint, the American Chicken Bunker, sits atop a Native American burial ground. Mayhem, inappropriate relations with raw poultry, zombie chickens, and further hilarity ensue. 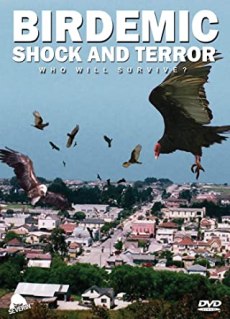 What does one even say about something like this? I mean, when you look at something like Sharknado, you know that people are having fun with it. Everything about it is just ridiculously over the top. But Birdemic...you can’t help but feel like somebody was actually taking this seriously. Where Sharknado becomes strangely entertaining, Birdemic becomes painful and embarrassing to watch. And there’s a sequel!

If you didn’t know there was a sequel, number yourself among the fortunate. And if you don’t know who Alan Smithee is, it’s well past time you learned. Y’see, any number of things can destroy a film for a director—lack of creative control, on-set tension, lack of cooperation among various studio and/or production and/or talent elements, or something just ending up being flat out god awful. When the results are disastrous enough that the director wants to disown the project completely, this is the director it gets attributed to. Tippi Hedron does make a cameo (but not as her original character), but supposedly hated the entire experience.

Arguably the biggest turkey on this list. Literally. The story involves a bird “as big as a battleship” that looks every bit as effective as an Ed Wood flying saucer. No description does this thing justice other than to rename it Attack Of The Giant Low-budget Muppet Bird.

I mean, what more need be said about a movie that proudly announces “Warning!!! Boobs In The First Second!” Compound that with the first line of dialogue: “Nice tits, bitch.” This movie is dumber than a flat-earther, sillier than the term “creation science,” and delivers enough cheese to cover an order of nachos the size of a billboard. So begins the saga of the demon turkey named, cleverly, Turkie. This could so easily have been a Troma flick, and unlike Birdemic, what makes it so ridiculously watchable is the fact that nobody took even a second of this seriously. And why, on a $3500 budget, would they? There’s a sequel I haven’t gotten to yet—Thankskilling 3—which has something to do with Turkie trying to kill anyone who’s seen or was involved with Thankskilling 2, a movie so bad Turkie doesn’t want anyone to know it ever existed.

So, grab a seat at the grown-ups table, gang. The turkey’s are served. And in the words of the aforementioned demon fowl himself, “Gobble gobble motherfucker.”